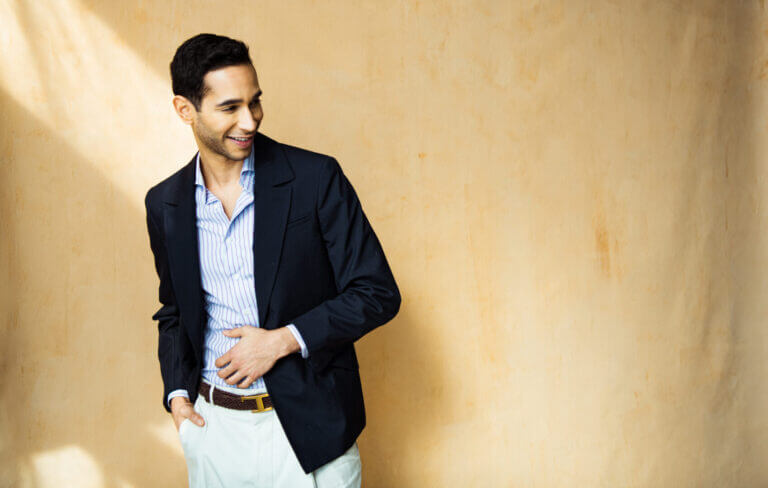 Meet the young Hollywood actor whose career is about to blow up:

Each year, new and talented young actors rise to the top in the competitive world of Hollywood. Some of these fresh faces will land coveted roles, turn studio projects into box-office hits, and even go on to garner award nominations and wins for their outstanding performances. While some young actors such as Timothée Chalamet and Tanner Buchanan have already solidified their Hollywood stardom, others are on the verge of achieving it.

It’s no secret that new actors make up a very small percentage of Hollywood, but there are trailblazers leading the way onto the silver screen. Even if the industry has a surplus of competition — it’s comforting to watch these young stars kill it on the big screen.

There are young people of all ages who dream of making it big in Hollywood. In fact, they put so much effort into developing their characters to achieve that breakout performance that will launch their career to the next level. For actors seeking fame, Hollywood recognition is the ultimate goal. And for a select few, their dreams will become a reality. And that reality comes a lot quicker when you dress the part.

This season, the emergence of modified style is sure to be a box office sensation in menswear. Even though some actors have been championing the comeback of Hollywood style, the most alluring propositions have actually come from luxury brands such as Canali’s lux-wax cotton crewneck or Tod’s Brown Leather Timeless Belt–aiming to celebrate the ease of comfort and elevated looks with a dressier, more polished sensibility.

And since some actors like to give a standout performance for their special meetings, events and hopefully award ceremonies, the oscar goes to Dolce & Gabbana’s pink stretch-wool Portofino suit. This spring/ summer 2022 season, the menswear star performance looks take on different forms, textures and colors, but the common thread seems to be reinterpretations of classic men’s items with an added punch of modifications thus creating a sweet spot between suits and casual looks.

And this season’s footwear is next level cool such as Ferragamo’s Black Leather Gancini Mule or Loro Piana “Soho Walk” in Nubuck Leather. Sure, there’s a lot to be said about the talent and style of Hollywood legends such as Robert Redford, Paul Newman and Sidney Poitier, however, in my opinion, an actor’s fame, no matter how big or small, should always be style driven.

Today, this is particularly true of young talent who possess the acting abilities to help carry them to a winning feature film. But what audiences don’t see are the grueling, long days on set, the many unrecognized auditions, and the years of both formal and informal training that make these actors stellar characters and globally recognized. And even as their well-known past performances comes to an end, the ones who persevere are sure to move on to equally exciting projects.

It’s always been evident to me that it takes a lot of grit to stay relevant, continue to impress an endearing portrayal of an interesting character, especially at such formative ages, because the competition nowadays is greater and more complicated than ever before. From my perspective, a talented actor must have drive, talent, and character that captivates audiences of all ages. That being said, it’s always a risk entering into Hollywood when you’re taking on roles that have strong political and societal values.

In 2022, there are quite a few rising stars in Hollywood ushering in the next generation of this year’s crop of actors. A mix of fresh faces destined for both the big-and small-screen. They are a new crop of talented performers poised to reach stardom in a very challenging industry. These challenges include restrictive contracts, social media status, multiple appearances and a wide variety of what the new film industry demands. Nevertheless, these actors and actresses are bound to make their mark. They may not be household names just yet, but check back at the end of 2022 to see as your selected rising star will definitely be on your radar.

Actor Sergio Acevedo has recently caught the attention of Hollywood casting agents and film directors alike. And in 2022, you’ll definitely notice him as he is set to play the lead in a film titled ‘The Greatest’ where he portrays the gay lover of a married man. You might not immediately recognize Sergio now, but you will very soon. In the recent past, Acevedo had small but significant roles in and now his challenge is to dominate the screen more than ever before.

Who is Sergio Acevedo?

From the time Sergio Acevedo was eight years old, his mother recognized and promoted his talent and good looks for modeling and acting. Along with his mother’s support, he would go on to become a child model landing his first commercial at the young age of ten years old.

Born in Allentown, Pennsylvania into a moderately poor but proud Latino family, Sergio became used to not having many things and not having anything available which in his words “led to a defeated attitude”

“I needed to eliminate that way of thinking and overcome it,” he recalls. “I used to think you needed certain things to get ahead in life, but I now believe with a certain drive and passion, you can accomplish anything!”

Growing up, Sergio and his sister would come home after school and settle into family time, which consisted of watching movies and TV together –almost every night. ” One of my biggest inspirations would have to be Jim Carey,” Sergio fondly recalls. “I loved watching the Ace Ventura movies over and over again.”

The actor gives thanks to his supportive family, along with the formal training at the Susan Batson Studios and T. Schreiber Studios in NYC – respectively, which helped him fully prepare to take on the challenges with perseverance and humility. He is currently starring for the first time in a feature film that is in post-production.

The Greatest’ is a story set in the early 1960s. It tells the tale of a love triangle between a married couple and a young Latino man named Ricky, who is played by Sergio. Jay and Beverly seem to be your perfect stereotypical couple, but Jay and Ricky become romantically involved — risking everything. This story dives deep into a forbidden relationship, and correlates directly to modern times, depicting repression, fear, and the desire to live life authentically. “I’m really proud of the work that was done in this film. Everyone who was part of this film is incredibly talented. It’s a passion project that I helped produce and cast as well,” Sergio proudly affirms. “The director, Ryan Sarno, went to countless thrift stores, vintage shops, and garage sales, and even built most of the sets; every detail in each scene is from the 50s and 60s.”

Acevedo exemplifies Hollywood’s growing commitment to a sense of authenticity, or what the actor calls reflecting what we experience in real life.

The actor also has a leading role in a TV show pilot called ‘Entitled’ which is on Amazon Prime.

“It’s pretty unheard of for a single episode to land on a streaming platform; everyone on the production team was ecstatic when it premiered on Amazon Prime. ‘Entitled’ is a comedy-drama written and directed by Ryan Sarno. It tells the story about three siblings whose father died in a tragic accident, leaving them millions of dollars and a house in the Hamptons that they had no idea existed. The plot thickens as they find out there is another family (of which Sergio is a member) and they all have to share the house.”The storyline unfolds with laughs, twists, and chaos as both families have to deal with each other under one roof,” he divulges. Sergio is also excited about another project he was a part of, the premiere of a short film he helped produce, that was written and directed by Isaac Never Called ‘Billy, Baby’. As far as dream roles? “I’ve always wanted to play a dark and heavy role like a drug addict or an iconic psychopath,” he reveals, “or just play opposite one of my favorite actors like Viola Davis, or work with some of the amazing creative filmmakers that include, Alejandro Inarritu, and Christopher Nolan.”

The rising star’s future as of now is about his profession. “Creating and doing what I love is what makes me happy.” I’m very passionate about my career, and I just want to do good work,” he reflects.

“I think now, more than ever, that there are more opportunities for people of color, and I’m so excited about what’s to come!”