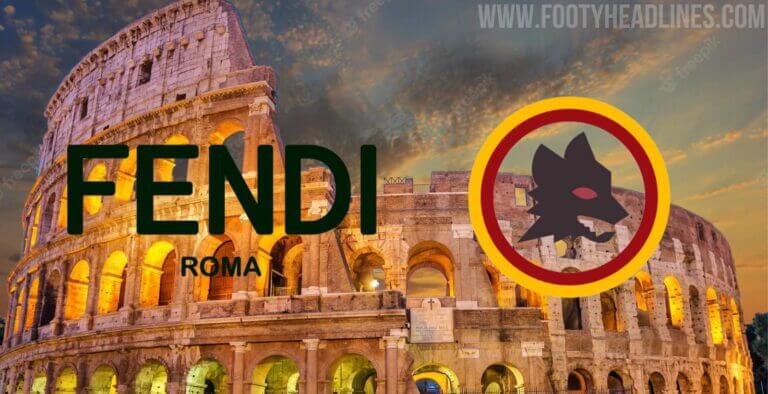 If you’re a soccer fan, and in-particularly a Serie A (1st Division of Italian Soccer) and A.S. Roma fan, you were able to witness one of the most historic seasons in their 95-year history this season. Led by captain Lorenzo Pellegrini and top goalscorer Tammy Abraham, they were able to win their first European trophy in the UEFA Conference League in its inaugural season under their new legendary winning manager Jose Mourinho. This was somewhat of new territory for the capital city club as they had only ever been to two other European cup finals, the 1984 European Cup Final (now known as the Champions League) and the 1991 UEFA Cup Final (now known as the Europa League) and losing both so this year marked Roman soccer history for the “Giallorossi” (Nickname for the club based on their colors yellow and red).

To add to this successful year, FENDI has announced that they will be partnering with A.S. Roma for the upcoming 2022-2023 and 2023-2024 seasons on the creation of a full wardrobe for the team’s players. The significance here stems from a deep history for both the fashion powerhouse brand and the capital city soccer team.

Adele and Edoardo Fendi created the fashion house in Rome in 1925 whereas A.S. Roma was founded of course in the same city in 1927. “This unprecedented partnership between FENDI and AS Roma Football Team originated from common values and origins we share, celebrating the city of Rome and two firms that were founded here, one shortly after the other, FENDI in 1925 and AS Roma in 1927” affirms Serge Brunschwig Chairman and CEO of FENDI. When it comes to history and tradition, it’s difficult to find a city more synonymous with the two than Rome and in turn, FENDI. From its inception, FENDI has been known for its luxury and opulence. The brand began with making leather goods and quickly dove into the fur business — two things FENDI is still known for today. It was also a family business from the beginning, with Adele and Edoardo’s five daughters being heavily involved with everything, whether it was coming up with fresh new ideas or helping sell the designer goods to excited customers, who were looking for elegant pieces to add to their collections.

The ideologies of Romans are in the fabric and DNA of both A.S. Roma and FENDI and this collection will do a fantastic job of representing that. Silvia Venturini Fendi, FENDI Artistic Director of Accessories and Menswear has designed formal and casual looks that meet the FENDI codes of tradition and innovation with an attentive eye to craftsmanship. The palette and fil rouge of the collection is the dark blue color, symbolic of elegance and sophistication together with the iconic colors of the Roman football team, yellow and dark red. Materials are of the highest quality all Made in Italy.

“This partnership is another step of the Club towards International excellence while maintaining a unique sense of Roman appurtenance. What Fendi and AS Roma represents together for the city of Rome, its history and traditions speaks for itself and was the main driver of the unique partnership we created” affirms Ryan Friedkin, Vice-President of AS Roma.

“The idea within this collaboration is to reinterpret FENDI’s and AS Roma’s codes and values creating a meeting point between the sports and fashion world through a common denominator, Roman roots and a strong link to the eternal city” adds Silvia Venturini Fendi, FENDI Artistic Director of Accessories and Menswear.

The FENDI looks for AS Roma will be presented at the beginning of the 2022-2023 Italian League Football Season launching end of August 2022.